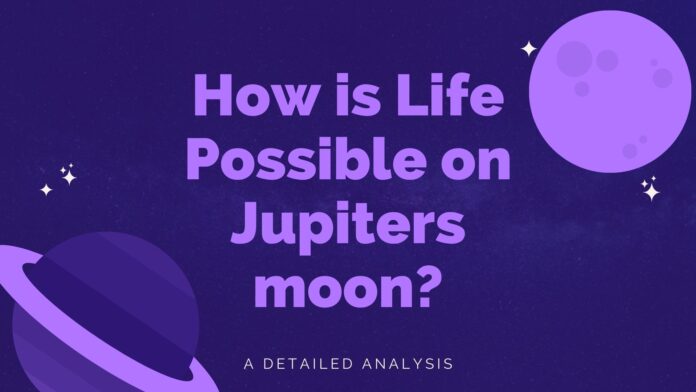 Is There Any Chance of Life on Jupiter’s Moon? | Once upon a time Galileo was watching planet Jupiter with a small telescope, First time he noticed that there were three brightening objects near Jupiter, He thought that they were 3 charming stars. He noted down this scenario and then he slept. The next night, He noticed that there were not 3 but 4 stars. Moreover, Their position were also changed. Later on, we got to know that the objects which he thought to be stars, were moons. Yes! these are the 4 moons of Jupiter. 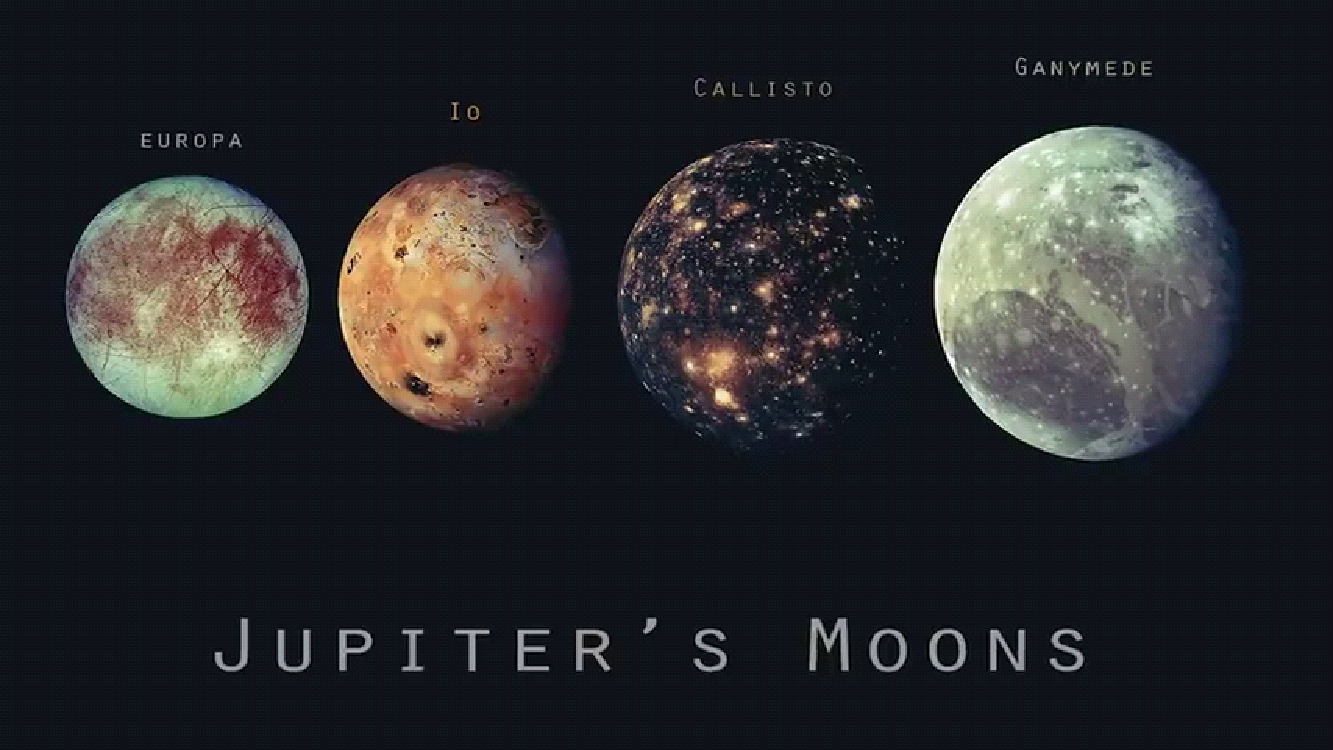 Among them, The most brightening moon is Europa. In this article, we will go through Jupiter and its 4 moons and You will get to know that Among these 4 moons, Where Life exists. So lets begin!

First of Let us analyze our Solar System, which consists of 7 Planets. Now among these 7 planets, only one planet is blessed with Life. Which is yours and mine Earth. Earth contains life because it is not too near to the sun nor it is too far away from the sun. It is located at the Habitable zone or Goldilocks of our solar system. In a solar system, Goldilocks is the point where a planet is not too close to its sun nor it is too far from its sun so our earth is located at the goldilocks of our solar system. At goldilocks, If there is a rocky planet, There are maximum chances for the availability of water and as you know, Where there is water, There is Life. According to a research, There are 40 billion habitable zones or Goldilocks available with a rocky planet.

As we know, our earth is located in the habitable zone of our solar system, Where there is flowing water and Life, Mars is also near this zone which contains Ice but how can a moon, Billions kilometers away from Goldilocks, can have water?

So let me answer this question. A famous scientist, Gerad Peter,before humans landing on the moon, predicted that the ground of the moon would be like small particles of ice and in 1978, this prediction was converted into fact. He also predicted that the poles of mars contain frozen ice. In the future, this prediction also became true. This famous astronomer also predicted about the presence of water on Jupiter’s moon; Europa, but wait, How could Europa contain water? It is billions of Kilometers away from the goldilocks. At that time, It was a big prediction and as you know prediction needs valid proofs, otherwise, It can’t be said to be a fact so in 1973, voyager one mission captured a picture. 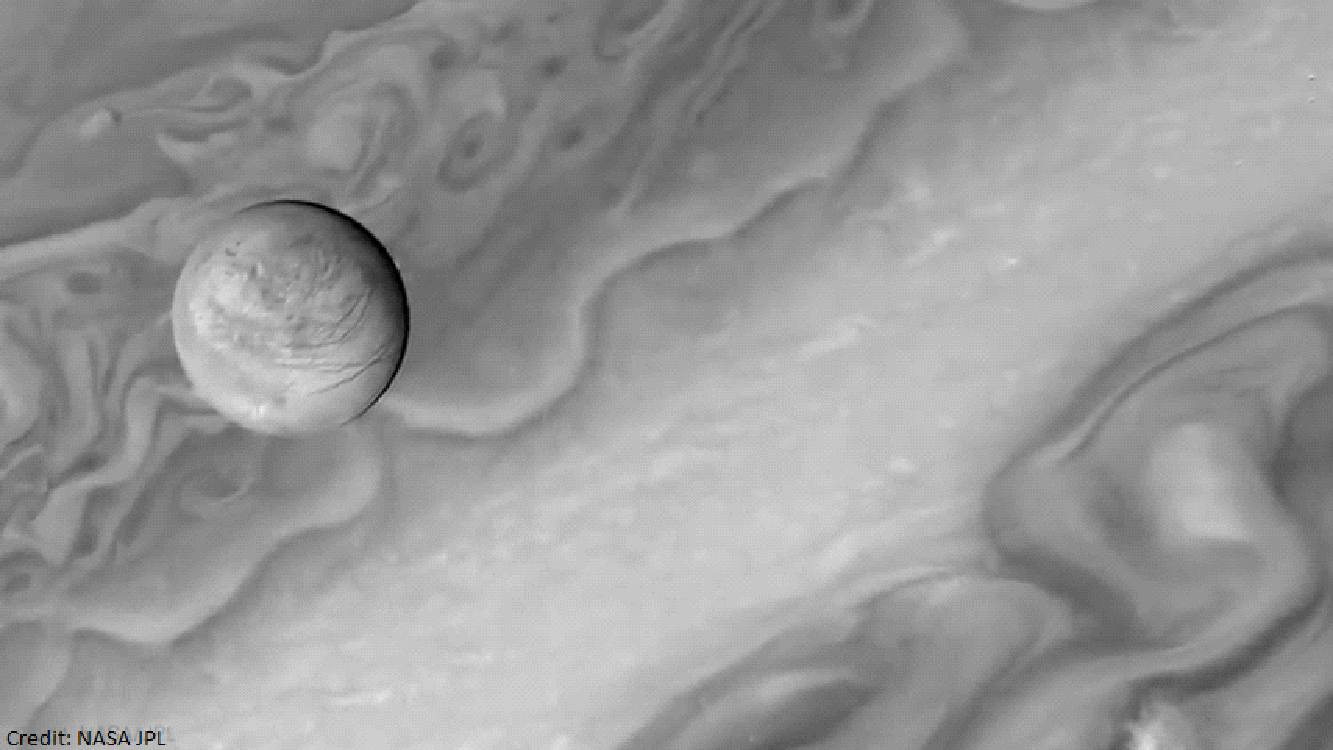 By the help of this picture, we got to know that there are thin and tall lines on the ground of Europa. Although this was a great discovery but this picture was faint, not clear so few weeks after voyager 1, another mission, voyager 2 captured high resolution images of Europa. 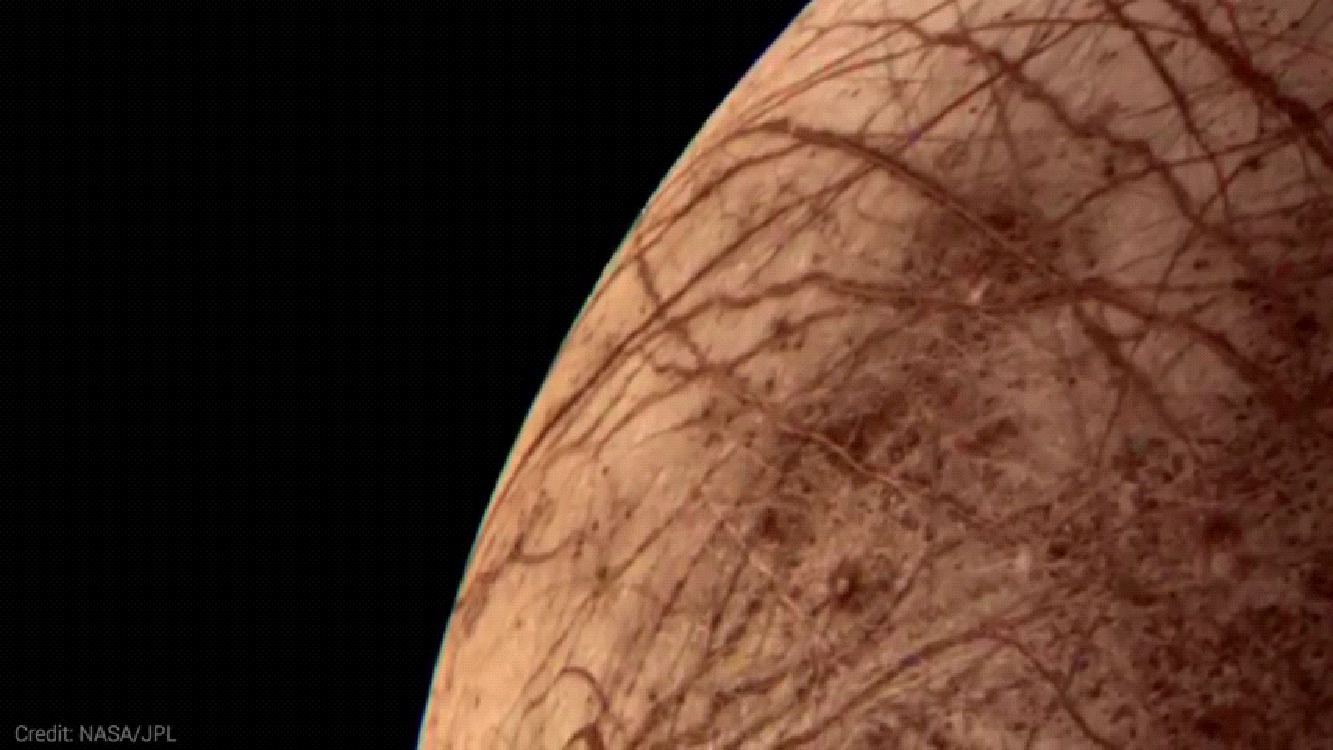 These pictures were clear and red lines on Europa were clearly seen. First of all we got to know that there are no mountains on Europa and It has a plain surface. A planet could not have a plain surface without a Liquid below ground level. Gerad Peters prediction was nearly becoming true but in future, This prediction got some astonishing evidence. What was this evidence?

In 2017, At Pacific Ocean, There was a telescope located at the island of Hawaii, Which recorded an unbelievable thing. Look at this picture yourself. 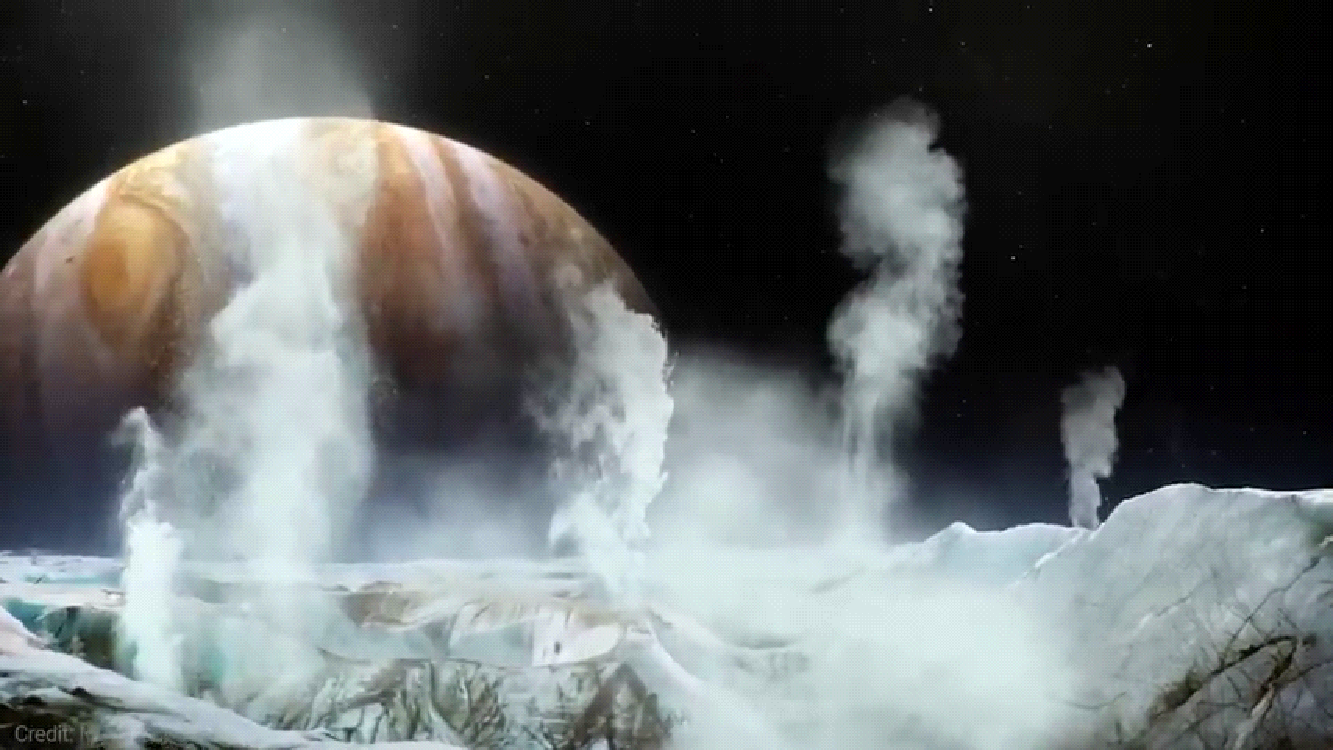 We can easily notice something rushing out of this surface. These are the showers of a Liquid which came out, crushing the surface of ice but which liquid is this? Is this water or something else? To find this answer, The surface of Europa was clearly observed for around 17 days. Due to this observation, We got to know that when this liquid is exposed to solar radiation, It emits and absorbs the same infra-red light which water emits and absorbs when it is exposed to solar radiation. By this, We have understood that it is nothing but water. It is one of the most astonishing discoveries in the world yet there is something else which you should know about Europa.

The deepest point of water on earth is said to be Mariana Trench which is about 11 km deep even mountain Everest(8.8km height) can be completely drowned at this point but wait, from regular observations we have got to know that the only ice layer of Europa is 25km deep. Now if you even add both of their heights(11km+8.8km=19.8km) it is still less than the height of Europa’s ice layer. After the ice layer, There is 150km deep water covering the entire surface of Europa. Now speak my fish, How much water you need?

In this article, You got to know that Is There Any Chance of Life on Jupiter’s Moon? and we told you the complete story of Europa and Its water reserves. Please support us by sharing this article to your friends because It took great effort and research to write such articles so kindly support us so that we can always provide you with this type of information.

What is Energy? and its Relation with matter

What is Force? Complete Details of Force.