Top 3 Best Games of 2019 | In Today’s world you may wonder which games should I play. There are so many games but choosing the best games for your PC is a quite difficult task. So In Today’s article, I will tell you about 5 best Games of 2019. Every people in the world wanted to play high graphics games because this is a trend in today’s world. 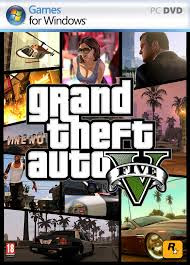 Grand Theft Auto V is developed by Rockstar Games Company. We usually know it for its realistic graphics. Its size is from 60 to 70 GB. You may think why this game is so heavy. This game is so heavy because it has amazing graphics and it is the best among all Grand Theft Auto Vice City games. When you will play this game, you would think that you are in the game.
Now let’s talk about its features. There are many features in this game which are not similar to any other game like When You are walking anywhere you will see animals around you like Cats, Dogs, Pigeon, Deer, and many other animals. The second best feature is that you can also go underwater and you can also Swim underwater. There are many Oceans in Grand Theft Auto V sometimes when you are underwater you are eaten by a Shark or a Whale. When you go to the mountains, there are exquisite mountains in front of you. The mountains look similar to real-life mountains. The graphics of cars are very realistic in this game. You will feel you are driving a car in reality.
I have played Grand Theft Auto many times. I recommend you to play this game at least one time. You will enjoy this game a lot. You can download this game from Steam. You can also play this game online with your friends. This game is enjoyed by most gamers and it is also the most played game. You must try this game Its system requirements are also compatible with medium specs systems. Only the problem is about size of this game because it requires 60-70 GB of space on disk. 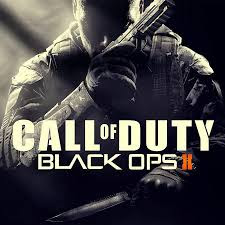 Cod Black Ops 2 is developed by Activision Company. This is an FPS (First Person Shooter) game. This game has awesome graphics You will also get the option to play multiplayer in this game. In this game, you will feel joyful by doing missions. There are many missions in this game. There are very realistic and modern graphics in this game. You can also download this game from Steam. Its size is from 17 to 20 GB. Its speed is awesome. When you will play this game, you will feel like you are fighting the War. This is a very good action game.
You will enjoy a lot while playing online. I have played this game, and it is one of my favorite games. You can play this game on PC, Xbox and PS4 If you are wondering about the best FPS game so I recommend you to play this game. You will love this game. When you are playing online There are many servers in different cities or countries that gave you a chance to test the skills of different people. 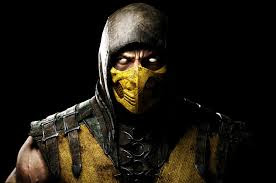 If you are looking for a fighting game in which 2 people fight with each other so play this game. It is developed by Warner Bros. It has awesome graphics and the place where you are fighting looks very realistic. Its size is about 32 GB. Now after listening to its size, You may wonder why its size is very much so the reason its size is very much is that its graphics are upbeat and joyful which could give you a rememberable experience.  There is not any other fighting game in pc which can compete with its graphics. When you are playing this game you will feel like you are fighting in real.
This game is one of my favorite fighting games which I have ever played. You will like this game definitely because of its graphics. There are 10 to 20 characters in this game that contain different fighting powers and there is also a story mode of this game that gave an outstanding experience and enables you to unlock the characters which are locked. Although this is an old game it is played till now and gave cheerful experience to thousands of people.

Conclusion: In this article, I tell you about 3 best Games of 2019 The first was Grand Theft Auto V and the second was Call of Duty Black Ops 2 and the third was Mortal Kombat X. These games are fantastic. You will enjoy playing these games. Do not download this game from any illegal website or platform. If you want to play these buy the genuine game. I hope you will like this article Thank you.

Note: did not play the following games more than 2 to 3 hours It can harm you mentally.